When you are new to vaping, everything can be overwhelming. There are a lot of words of advice, and lots of information that are floating around that may not be accurate, or they may not be good advice for beginners.

There are issues that you will deal with once you switch from smoking cigarettes to vaping. Make it a point to know about topics regarding e-cigarette usage and how to educate other smokers that you know who wants to make the switch too. If you are looking for the basics of vaping, here are the four things that you need to know:

How vapor is made

It is easy to see how smoke is made from traditional cigarettes. You light it up, and it creates smoke. Vapor, on the other hand, relies on technology that is a bit more complicated.

Essentially, vapor from e-cigarettes is made within a component that is called the coil 5. This unit is made up of a wire with cotton wicked through or around the wire. The cotton is an absorbent material for the liquid. The wire coil connects to the base of the tank, and into the vape battery which then runs a current through the coil when it is engaged. It heats the wire, and it vaporizes the liquid that it absorbed off of the cotton.

With this method, burning is avoided. Carcinogens that are created in burning cigarettes are completely absent in e-cigarettes.

There are thousands of e-cigarettes that are available worldwide, and some of them might be the right one for you while others may not. There are different types of e-cigarettes, models have been launched through the years with different style and structure. 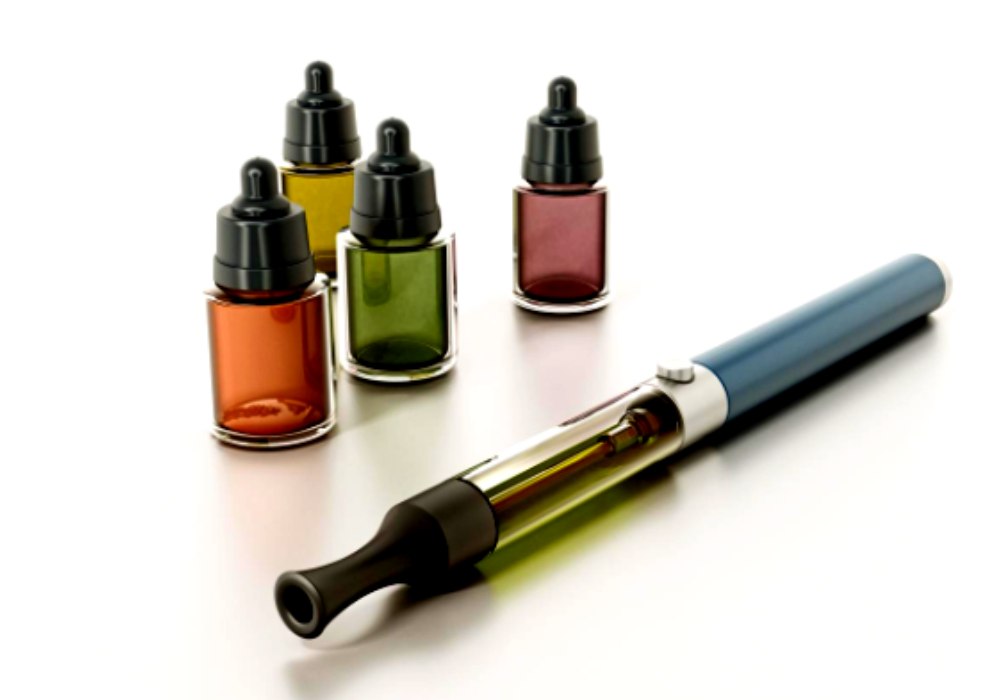 The mouth-to-lung e-cigarettes are made to mimic a cigarette-like inhale. It is named after the style of inhaling a cigarette, which is mouth-to-lung, and it will allow you to draw vapor into your mouth before you inhale it. These devices will give you a smaller amount of denser vapor. Beginners often prefer this style because it gives them the same kind of feeling that they get when they puff of a cigarett

The direct-to-lung e-cigarettes are made to produce higher amounts of less dense vapor. The way to smoke on a direct lung device is airier and similar to hookah smoking. The vapor is made from these devices is made to be directly inhaled into the lungs. These devices are usually more popular among advanced vapers and shisha smokers. Deciding which style device is right is crucial to your success in switching to vaping.

Depending on the kind of device that you choose, you may or may not have the ability to adjust the settings. Devices that do not allow airflow or power adjustment are called wattage e-cigarettes or fixed voltage. The power and airflow are specifically set at a specific level for the device.

On the other hand, devices with adjustable wattage and airflow can be customized to suit your style and your preferences. The coil that you are using in your tank will give a range for wattage settings. You want to be somewhere in the middle of that range but never lower or higher than the range that it allows.

The airflow is personal, and it can be adjusted to your preference. You can open the airflow to create a looser draw and a more voluminous vapor. The more that you close the airflow, the tighter and denser the vapor becomes. You never want to close off the airflow completely, because this won’t allow any air to pass through the coil and burn it.

The level of nicotine depends on a lot of factors; this includes the style of your device and how many cigarettes you smoke per day. If you were a smoker, it is best to get a high nicotine level and slowly work your way down so that your body can adjust to the withdrawal.

If you are new, it is best to start low and work your way up if you feel like you want more kick. If you immediately use a liquid with high levels of nicotine and you are not used to it, it can result in nausea and headache. There are a lot of ways to enjoy your vaping experience, as long as you know what you are getting, you can successfully switch from smoking traditional cigarettes to e-cigarettes.