The campaign against cigarette smoking is prevalent. Health agencies discourage people from smoking due to the dire health effects it brings to the body. According to the CDC, about 40% of all cancers in the United States have been linked to tobacco use. Due to the growing number of deaths associated with this, smokers have turned to another alternative – vaping.

According to the Royal College of Physicians, which has more than 35,000 doctors, located from all over the globe, vaping is touted as the safer alternative. This is also the reason why those who are trying to quit smoking turn to vaping. The RCP stated that in terms of safety, vaping is 95% safer than traditional smoking. Vaping eradicates the harmful elements found in traditional tobacco cigarettes. Nicotine (the addictive drug that creates the effect people look for in cigarettes), hydrogen cyanide, formaldehyde, lead, arsenic, ammonia, benzene and radioactive elements like uranium are found in tobacco products. Hence, every time you inhale or puff a cigarette, your body gets exposed to all these harmful elements. With vaping, these elements are no longer found, which is why it is considered as a safer alternative.

The Odorless Way to Smoke

Most people quit smoking primarily due to health reasons. Yes, it does not have the traditional unhealthy effects, and at the same time, it also eliminates the foul odor associated with smoking. With vaping, one can freely smoke whenever she wants without bothering other people around him. There are even e-cigarettes, which have all the fantastic flavors. One of these is the best Nicmaxx Rechargeable kit. This satisfies the senses way better than traditional cigarettes. You can choose from the available flavors.

Smokers who wanted to quit smoking have always found it hard to quit. They couldn’t just wake up one day and tell themselves that they would no longer pick up a cigarette. Many smokers have tried to quit this way but ended up breaking any promise they made to themselves. With vaping, quitting is made possible. Vaping does not promote abrupt quitting but allows smokers to make the right transition from tobacco smoke to a vape. Some e-liquids contain high-strength nicotine. Some contain a lesser amount of nicotine. Once the smoker has shrugged off nicotine addiction, he can then make use of the nicotine-free juices available. This brings him to the level of being smoke-free.

If smokers are conscious of the number of cigarettes they use every day, vapers will not face the same problem. They are free to vape whenever they like it. Considering that these don’t have the nasty elements th 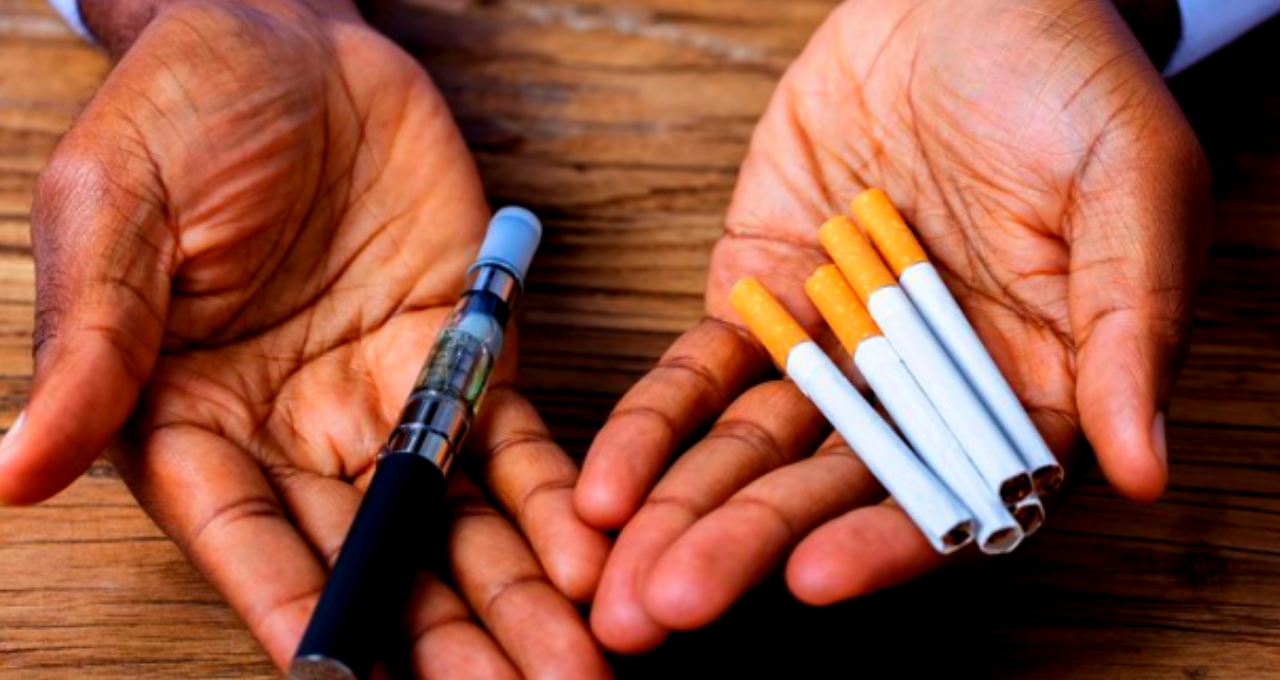 at tobacco cigarettes have, the time that they could spend vaping is without limits. Those who love to vape for fun can do so without any problem. If you are among those who have caught in the trend of creating clouds of smoke, or simply figuring out how to make those crazy shapes, then vaping is the key. The fun and enjoyment vaping offers is something that could not be found in traditional tobacco smokers. With the regular tobacco smoke, you can only do so much and having fun is not one of them.

With the clear advantage of vaping over smoking, everyone now has a reason to say “goodbye” to smoking. This will not be a sudden shift but it would be a gradual transition considering that the levels of nicotine of various e-juices vary as well. You have the option to go for hi-strength nicotine e-juice until your body has already adapted to decreased nicotine levels. With this process, quitting smoking will not be that hard.