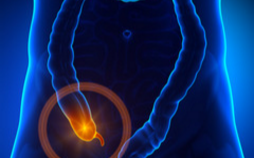 NO FOOD after 10 pm, no liquids after 8 am the following day, no jewelry, no nail polishes on your toenails and fingernails, no smoking… and the list goes on.

Whew… The restrictions are just endless! When you are scheduled for a special health examination similar (but not limited) to magnetic resonance imaging scan, computed tomography scan, endoscopy, and colonoscopy, to name a few, medical professionals give you a long list of things not to do.

But when it comes to vaping, many e-cig users argue, since it is entirely different from the process of smoking, it does not matter if they vape before and/or after a medical examination. In fact, according to one e-cigarette user in the US, packed with his e-cig and vaping accessories, he vaped before and after a colonoscopy procedure and he had no issues with it. “The only thing that I noticed was an increased dryness in my mouth due to the anesthesia and vaping. But that wore off pretty quickly within a day or two,” Jake Roberts, said.

Another e-cig user from Australia also did the same thing. He brought all his e-cigarette accessories and vaped. The reason why they don’t let you smoke is due to the chemicals you inhale when burning tobacco, Steve Tobias, said. But since there are less — if no — chemicals in vaping, that makes it safer to use than tobacco.

On the contrary, a Gastroenterology Physician at GiGuy in North Carolina suggested bringing the idea up to your doctor since they understand their patient’s health better. “If you’re an addict or shows any sign of addiction, completely stopping vaping before a colonoscopy can stir your internal functioning, which can do more harm than good,” Rose Murphy, said.

Except under extreme cases, doctors generally avoid patients from smoking, vaping and/or drinking prior to any health procedure or examination. “Your body hydration level will change, your blood pressure will fluctuate, and your lungs and liver will be in strenuous condition. All of these can create complications in general anesthesia, Murphy concluded.

So, if you’re concerned about vaping before or after a colonoscopy, make sure to consult your doctor first before deciding for yourself if it’s a “go” or a “no.”