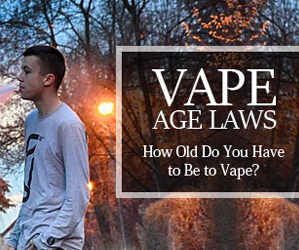 Over the years, the people have been convinced over and over that smoking is bad for your health. Not only is it bad, but it also has no recorded positive effects whatsoever on the body. Yet, despite these claims, smokers still find it difficult to quit the bad habit. More than the body’s dependence on the substance, maybe the failure to quit can be attributed to the lack of inspiration. There must perhaps be more reasons for quitting more than stopping the self-harm.

This mentality was the driving force of the initiative to promote e-cigarette smoking as “green smoke.” This drive banks on the idea that smoking litters our streets, pollutes our air,, and even our water. The public is already very much aware that second-hand smoking is dangerous. What with all its toxic contents, carcinogens, and poisonous gases, indeed, it is understood to have adverse effects on human health such that not only is the smoker himself harmed but even his loved ones around him. However, people fail to see that this smoke also affects our environment as well. Second-hand smoke goes directly into our atmosphere and deteriorates and degrades air quality. This air quality is not only for the sake of health, but a sustainable ecology as well.

Unfortunately, the effects of traditional smoking do not stop at the degradation of air quality for humans and anything else that breathes. It also affects our streets because of the number of cigarette butts simply discarded everywhere. As it is the filter for a cigarette air, it is understood to be full of toxins, and thus, no one wants to handle and recycle this kind of trash. It does not only fill the streets, but even the land fills with trash, our streams and rivers, and other bodies of water affected by poor habits of disposing of trash by humans.

You can pretty much understand from here why e-cigarette smoking is called “green smoking.” When one compares the kind of tremendous devastation that traditional cigarettes cause vs the effects of smoking electronic cigarettes, e-cigarettes just seem to be the more logical alternative when protecting the environment. Since the best vapes are entirely sustainable, it means that they can be reused, recharged, and recycled. A few hundred butts a day on our streets surely makes a huge difference in a month or a year. Add to this the idea that the smoke that e-cigarette emits is not even smoke but simply vapor. It doesn’t have any effect on our atmosphere nor to your loved ones when you smoke around them. It is indeed more environmental friendly, and definitely worth the nick: “green smoke.”