Are you a fan of portability and convenience? If you vape and has been wanting to do it anytime and anywhere, a vaporizer car charger is the best handy tool. You just have to find a car charger that is consistent in providing its purpose as well as reliable and trustworthy enough to last years.

A car charger is one of the newest e-cigarette accessories. When traditional smokers switched to electronic cigarettes, they only do it in either their homes or the local shops. According to the trend, most of the cravings to use traditional cigarettes ignite when they are bored travelling on the road. However, the recent availability of car charger vaporizers has been instrumental in completely overcoming the traditional smoking habit. With a vaporizer car charger, the user can charge up his battery while driving; initially the most beneficial to truck drivers and long-hours commuters. Not long after, it has significantly improved the increase of vapour using an alternative to traditional cigarettes. The wide array of choices has even made sure that consumers have the specific variety they need so as to strengthen the effort of finally quitting the regular cigarettes.

What happens when an e-cig battery is overcharged?

Vapers know that electronic cigarettes have lithium-ion batteries. Generally, when lithium batteries are overcharged, it can be an extreme danger for vapours. It is the battery that powers the coils to turn e-liquid into the vapour. Regardless of how new or aged your device is, the battery is a major component, so here’s how to keep your device charged correctly.

There are recent news stories that highlighted exploding vaping devices while they are in use. These explosions were basically caused by an overcharged device. An uncharged battery will make the electronic cigarette unusable. However, when the battery is charged more than the required amount of recommended time, the device will overheat and without a doubt, it put the user in huge trouble. With the battery overheats, the most common next circumstance is an explosion. Commonly referred to as a “balloon effect,” it is the description to which an overfilled balloon eventually pop/burst. The same effect is true with lithium batteries.

What should you remember when charging?

Generally, it won’t matter where you are charging, the main point is that overcharging or overstressing your e-cigarette will not bring any positive result. When a battery is overcharged, the most noticeable effect is its inability to stay functional for the length of time that it used to.

While it cannot be helped that there are times when batteries really go overcharged, remember it cannot happen for so many times. Eventually, the lifespan of your electronic cigarette will shorten, significantly. Overcharging means damaging the device’s capacity. When overcharging happens frequently, it may become dysfunctional. In no time, you will have to purchase either brand new electronic cigarette accessories for a brand new device. Both choices are expensive.

Aside from the most possible effect of overcharging the 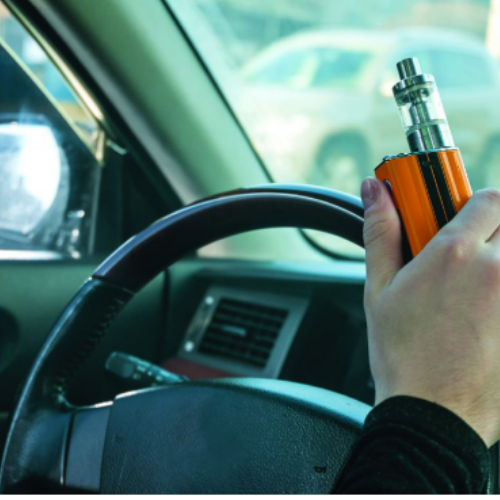 , other negative effects include cracking. When this happens, each puff will require double battery energy than usual. There can also be toxic health effects, which means that when you notice cracks on the case of the device, stop the use immediately!

Make your vaping session an avenue to relax. Do this by making sure that you take proper care of your e-cigarette and its components. The best way to do this is never to overcharge your battery- any long-hours charging, worse overnight. Aside from the safety benefits of taking care of your battery, you will save money as well. As soon as the battery is done charging, do not forget to unplug it, too.