Vaping is now considered as a phenomenon. E-cigarettes have only been available in America and Europe for about a decade, and that means that we don’t really understand the long-term effects of vaping on users just yet. However, we do know enough about the likely health risks of vaping, based on the safety profiles of the chemicals that are involved, to be able to understand that vaping is very unlikely to pose any risks to users and those who inhale the smoke of vapes.

We actually know more about the risks of vaping to bystanders. That is because there are standards for measuring environmental exposure or the risk of breathing the chemicals in the air, and that can be applied to e-cigarette vapor.

Based on studies, the standards for workplace exposure to inhaled metals and chemicals, experts can estimate whether the toxins that are present in the second-hand vapor might make vaping harmful to others. There is no evidence so far that states that second hand vaping is a serious threat to the health of the bystanders.

Second-hand vapor is the vapor that is exhaled into the atmosphere by a vaper. Like second-hand smoke, it lingers in the air long enough that anyone in the same room, is likely to inhale some of the exhaled aerosols. As the name indicates, the bystanders are not inhaling second-hand smoke because second-hand e-cigarette vapor is not smoke.

Smoke is the result of combustion. Burning any substance with fire like leaves, wood or tobacco, produces volatile gasses, carcinogenic particles, carbon monoxide, and a mixture of dangerous byproducts that in cigarette smoke are called tar. Second-hand smoke is not as dangerous as inhaling directly from a cigarette, but its exposure to it for a long time can be considered a serious hazard.

Vapes produce clouds of vapor by heating the liquid with an atomizer that uses a small metal coil, which then turns it into the vapor that you see. The vapor from e-cig does not have any tar or carbon monoxide. Dangerous metals and chemicals are found in vapor but in very small amounts that are not a threat to human health. The levels of toxicants are small compared to those in traditional smoke, which means that the dangers of second hand vaping are less significant.

If you see people vaping inside a house, all of the second-hand vapor that you see comes out of the lungs and mouths of the vapers in the room. There is no side-stream vape smoke like there is with traditional cigarettes — no constant emission of vapor pouring from the device. The smoker has to inhale to produce vapor. By the time that they exhale, there is a lot less substance that is found in the vapor because the user absorbs most of it in their throats, lungs, and mouths. Vaping second hand is not a real thing, because the bystanders are getting so little of the contents of the vape.

Aside from the glycerin and propylene, the two substances that make the base of all liquids, what vapers exhale into the air does not contain high levels of anything. According to Igor Burstyn, a toxicology expert from Drexel University, while the contents of 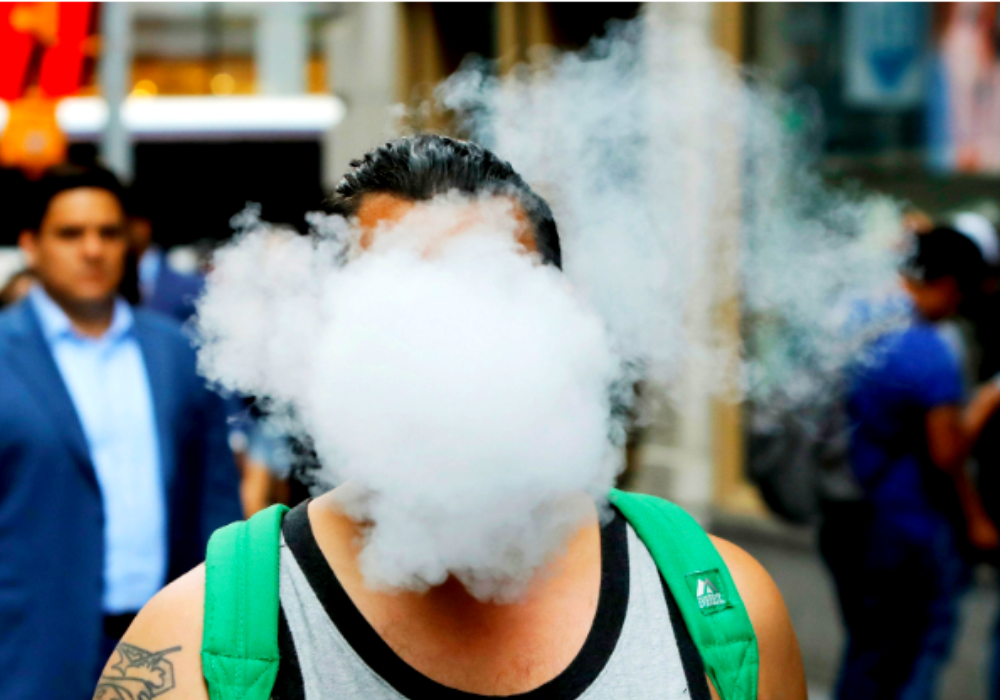 inhaled by users justify the surveillance, there is so little contamination in the exhaled vapor that there is little to no risk at all.

What is not inhaled falls to the ground. There is not much nicotine left in the settled residue of vapor, and the user retains around 93.8 percent of the nicotine that is inhaled, and it is no longer a part of the vapor.